ManyCam Beta increased latency after v7.2.0.40 and up

I have the software installed on PCs with higher capacity and better graphics, but since I promote ManyCam for general use iwth our customers I would recommend that most standard features also get to work on basic pc’s.
On this pc I only reach 4-5 fps even on 480p with 20fps set.

I can tell that some changes have been made from 7.2.0.36/37 to BETA 7.2.1.0 - of course I cannot tell the core differences, but…
Both computers are running same version of ManyCam, but the first is just not coping very well any more.
I have been using the software in the enterprise version for a couple of years now.

CPU usage seem to be just about the same, but usage of RAM is very different: Both PC are set up with 30fps as the standard and 480p or 720p.

@ieo @Mikhail Any feedback on this? I don’t think much was changed on this front with the latest update right?

None of the more recent beta updates have solved this issue.
Any chance that you have been able to replicate this experience??

In case you need further details please let me know - I am sure I can provide additional logs… or behavioral analytics.

Please try to use stable 7.2.1 at first and report if its better: https://manycam.com/download/
I see that we changed our Virtual Background/Blur feature between 7.2.0.37 and 7.2.0.40, maybe this was the reason. Does this feature increase latency? Please also provide a task manager performance screenshot for your GPU when ManyCam is running: 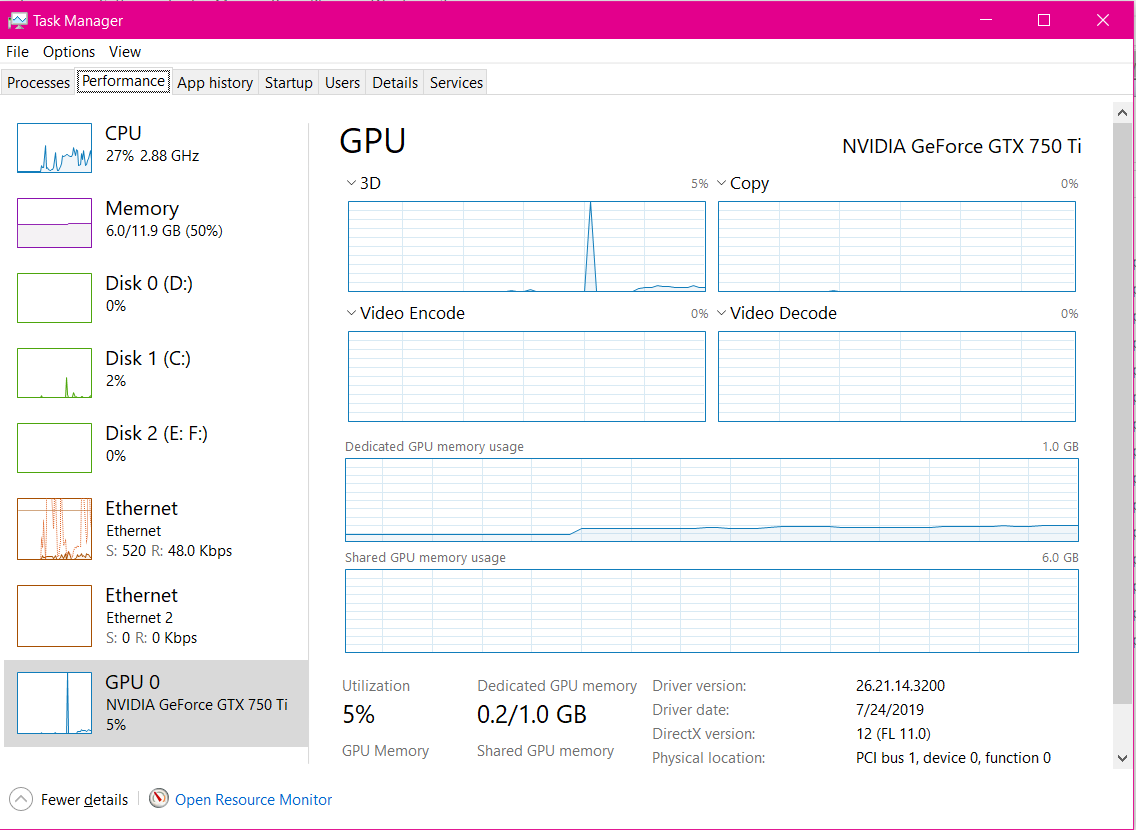 I have already tried with the “stable” 7.2.1 - the result is the same as you will see.
I need to go a few step further back in order to have it work on my work laptop.
(I noticed a Beta version 7.2.1.16 this morning, but this is not part of this test)

The old multimedia pc has no visible issues.
Software is configured the same, only not with the graphics card (GPU), memory and CPU.
.

I have run made a few screen dumps based on the following: 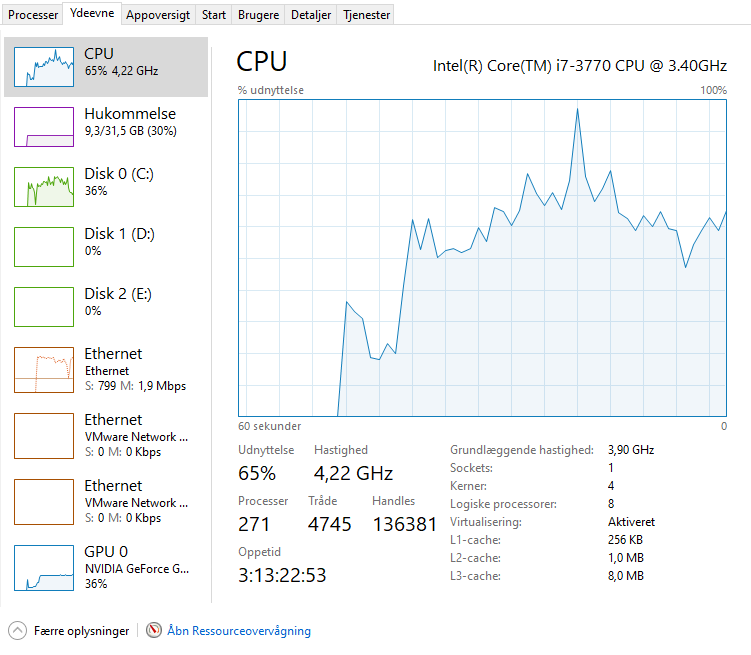 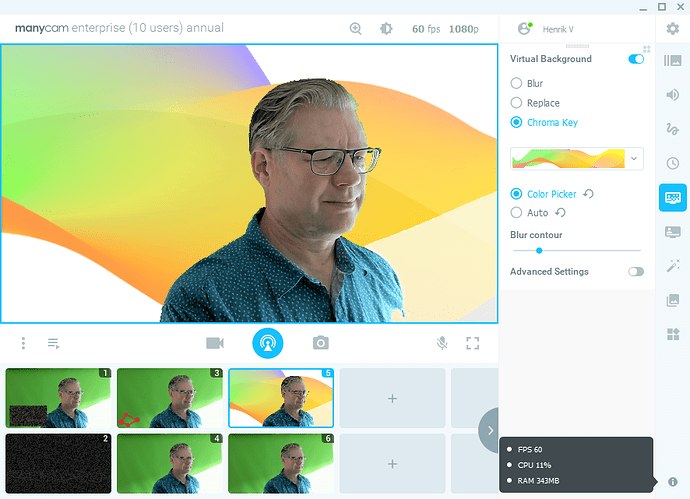 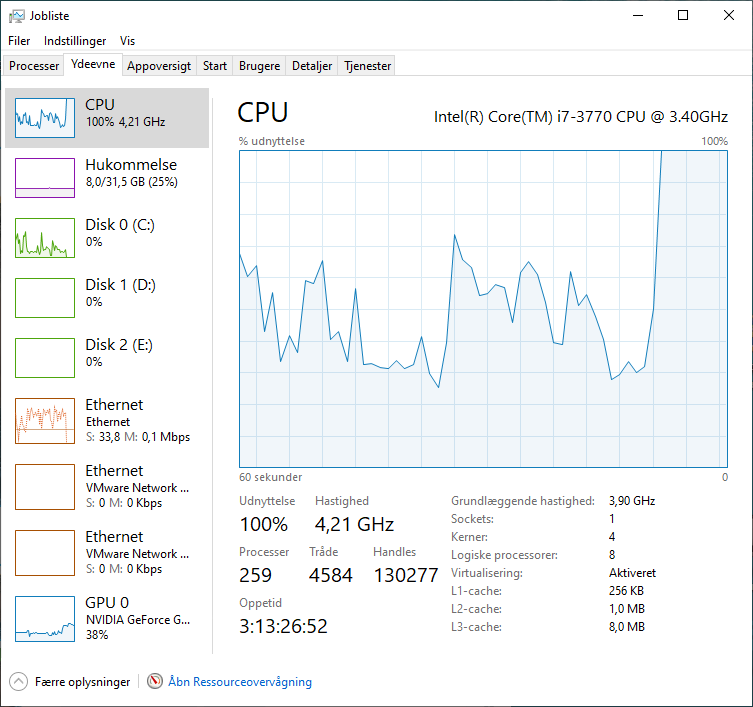 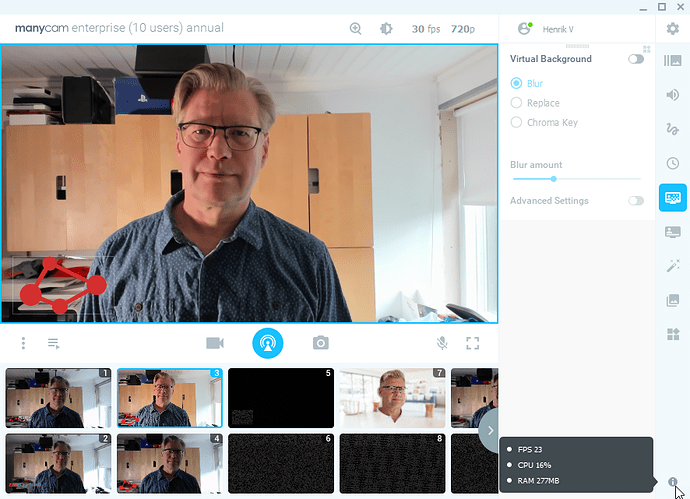 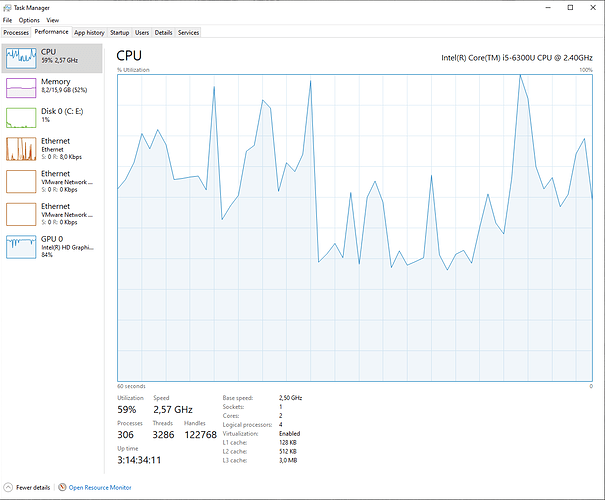 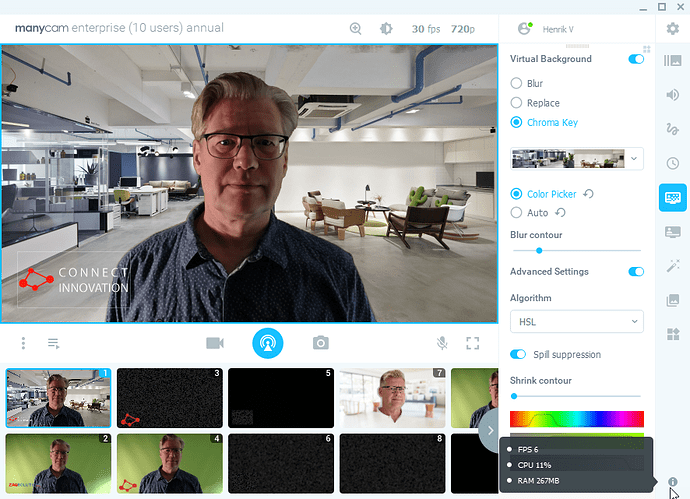 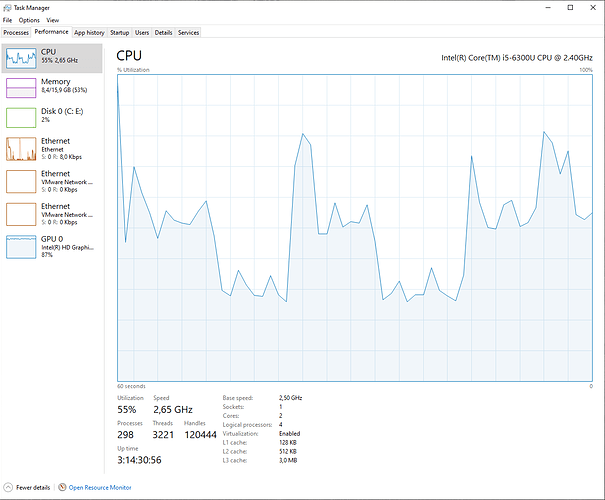 I hope that the differences are visible, also that the alleged 720p 30fps is lowered considerably, which was not the case in earlier versions.

Now I have also tried the BETA version 7.2.1.16 - additional dumps from 2 runs with that version with the laptop:
(With the Beta 7.2.1.16 it seems that the actual FPS reached is higher than what was the result of the the stable 7.2.1 version with either Blur or Chroma key activated - CPU and GPU load is still high) 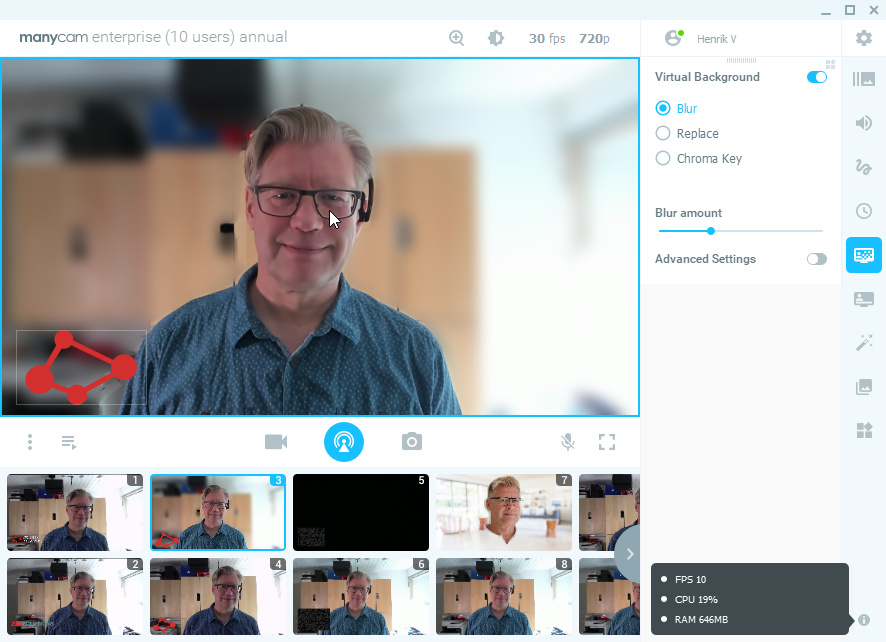 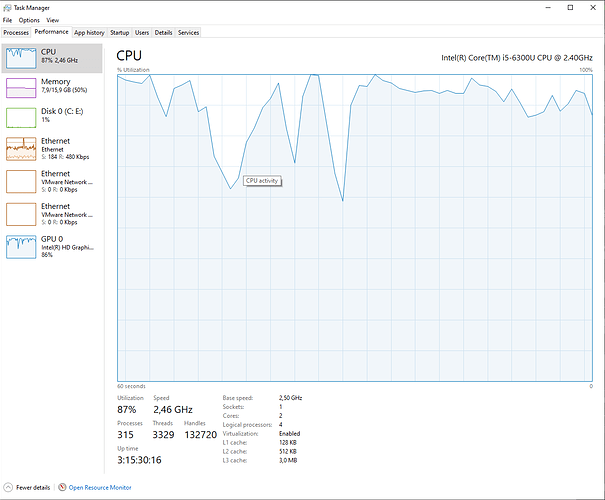 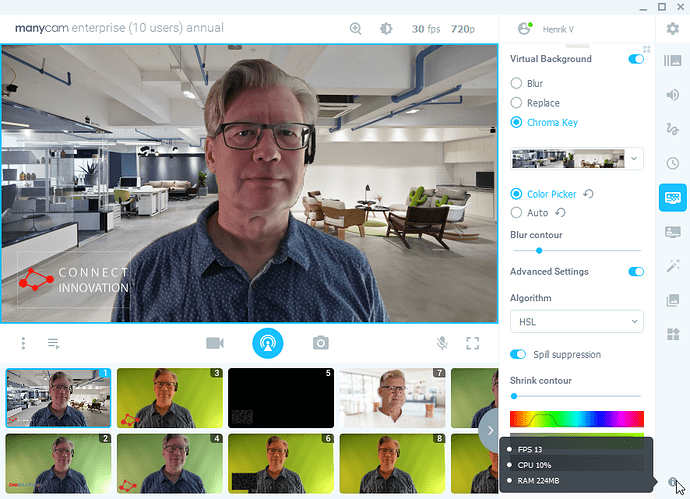 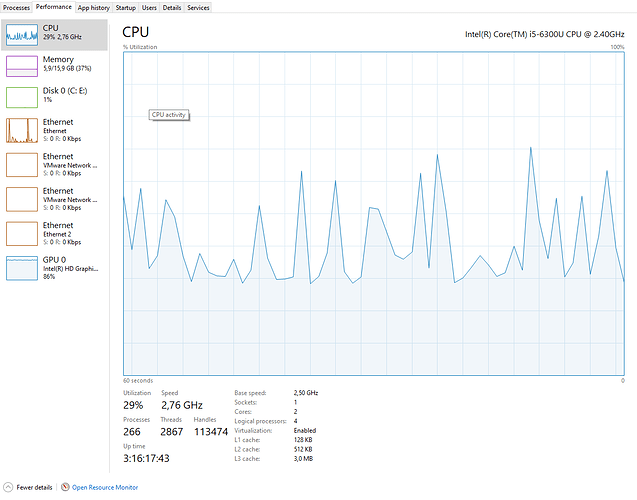 I have followed the most recent updates (beta) as well, and I do see changes that has affected the CPU and GPU load - further the FPS is now a bit closer to what you would expect when selecting 20 or 30fps - even with blur, replace or Chroma Key active in just a single “layout”.

Nice to see these positive changes.

Even with the greatly improved GPU/CPU load in version 7.4.0.12 I have found that with a Logitech Brio or C930e I receive a blinking effect or “black screen” as my image is seen as part of the black background…!

The blinking effect is “obtained” with a basic PNG or JPG file.

Great improvements with PC with 7.4.0.18. Havent yet had a chance to try out the Mac in the latest version.

Chroma key setting are rather light sensitive, so a permanent non changing light is highly recommended.

The HSL and YUV assesment provides two different approaches that are very nice to be able to switch between. But I never really know which of the profiles work the best - depends on clothing, light features, background images selected I guess.