If I turn on titles (lower thirds in the previous version), the frame rate will drop down to 5 frames per second at any resolution ABOVE 720p (I’m using a Logitech Brio 4K cam). If I turn titles off, it returns to the regular frame rate. Turning on virtual background, effects or text has no effect on the frame rate, just using the titles feature. It’s not a computer performance issue as I’m using an HP workstation with a Xeon Gold 26 core processor, 64GB of system RAM and an NVidia 1060 card. Seems like a bug in ManyCam 8.

@DrComputer Titles had low framerate in beta versions, the released version (8.0.0.107) has no such problem.

What version do you have?

That is the version I am using. 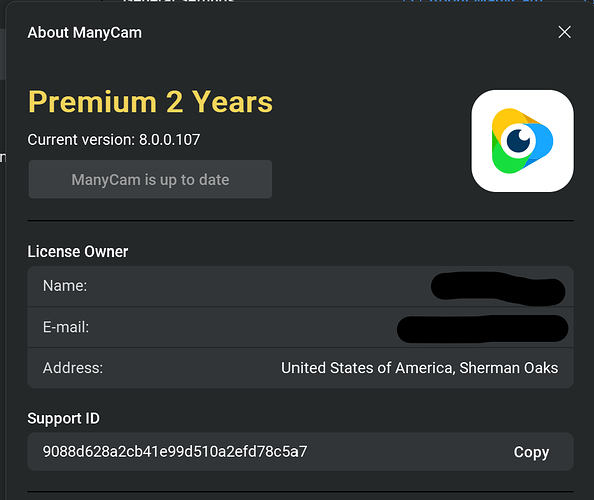 @DrComputer Please record whole ManyCam window with FPS stats when you use Titles: 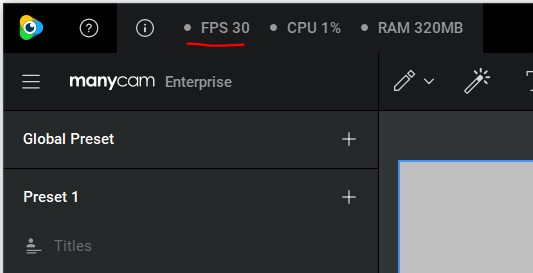 Sure. Here’s a screenshot with no titles on and one when I turn titles on. The current camera rate is set at 60FPS and 1080p 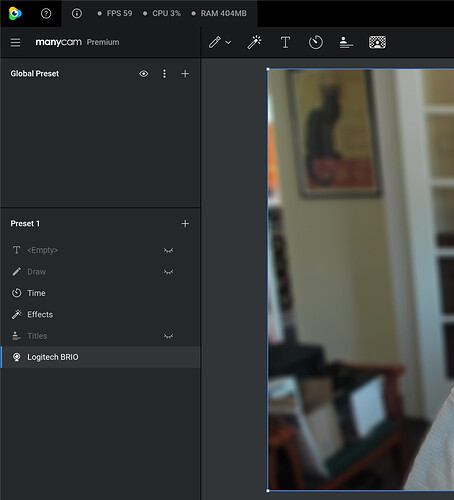 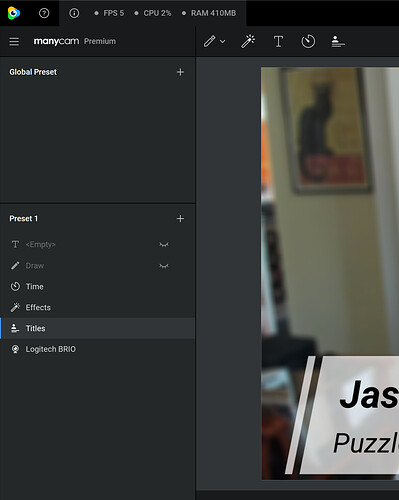 @DrComputer we need entire window to see what Title you have, what font, text etc. BTW, how long is your text?

It doesn’t make a difference what title or font I use, the minute you turn on the title the FPS drops. Here are three examples. The first with just a virtual background and no title, the second and third with different titles. No other graphics or overlays are enabled. 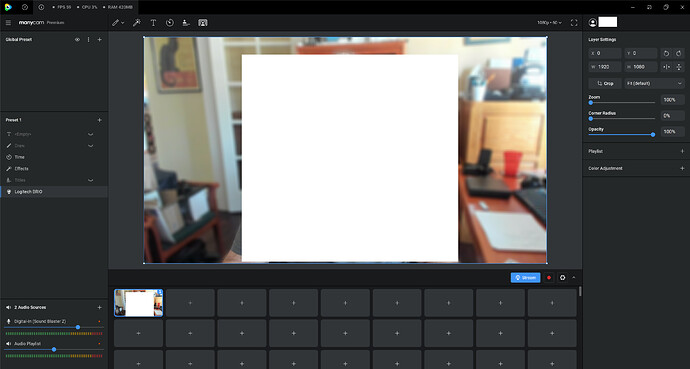 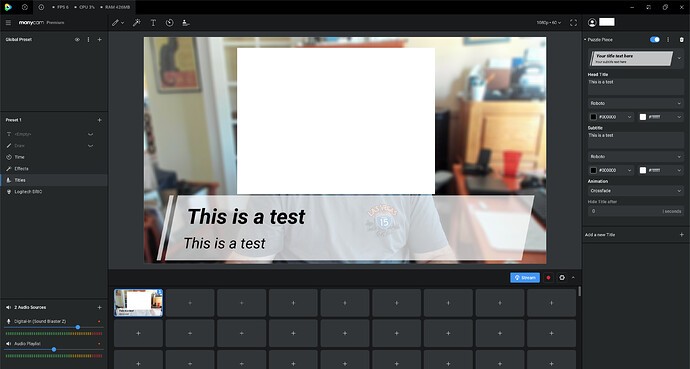 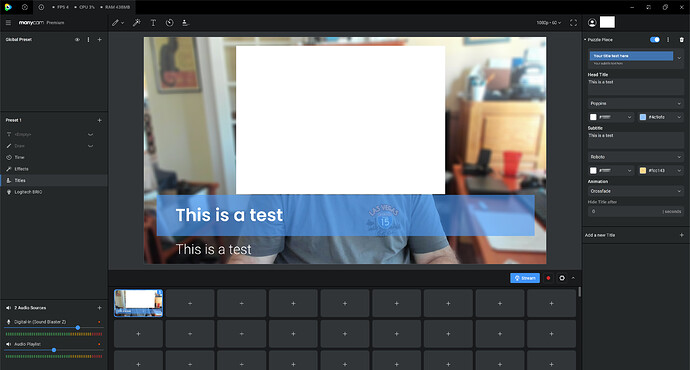 As a client of the same version of the software, I replicated your scenario and found that when using a high 16+ megabyte virtual background image, my FPS went from 60 to 45. When recording at 30 FPS, I saw no change in the FPS.

So it sounds like you may be using a large image for your virtual background? I am not saying that it justifies a low FPS, I am just pointing out what I may be causing the problem.

I’m just using the built-in blur feature as the virtual background. I never had any frame rate issues using virtual background, overlays, text or graphics in version 7. This is just a bug in version 8. But ManyCam support is now dismal and it seems to take days/weeks to get answers from anyone.

Could you enable the Title and delete any text. It is very interesting what FPS is as a result.

@DrComputer I can confirm the issue, it appears on hi-dpi/4K displays due to some font issues. Will be fixed soon.

Great. Looking forward to a quick fix. And yes, I do run on dual 4K monitors.

I can happily say that this issue is fixed in the Beta version!