I’ll see if I can put into words the issue I’m having.

Historically using ManyCam if I zoomed my camera in I could pan around the image. For example, if I zoomed in and could see just what’s around my face, then once I got on a call I realized that I wasn’t quiet centered I could just left-click and drag in the ManyCam window to adjust. Think of it like having a 8x10 photo, and you are looking through a 5x5 window at it. I could zoom out to get more of the 8x10 in that 5x5 window, or I could move the 8x10 around so the 5x5 is showing a different portion of it (bringing what was “off-screen” back “on-screen”).

In one of the recent updates however I can no longer do this. If I zoom in, what’s displayed in the window appears to be the only thing ManyCam can “see”. If I left-click and drag I only see black space, rather than what previously would have been outside the window.

As an example, here is an image.

Now if I left-click and move my mouse to the right, in previous versions the image would just move to the right and I’d be able to see the word PLEASE. Now however it’s like it just cropped the image after zooming, so I’m just moving the cropped image to the side rather than panning across the zoomed image. 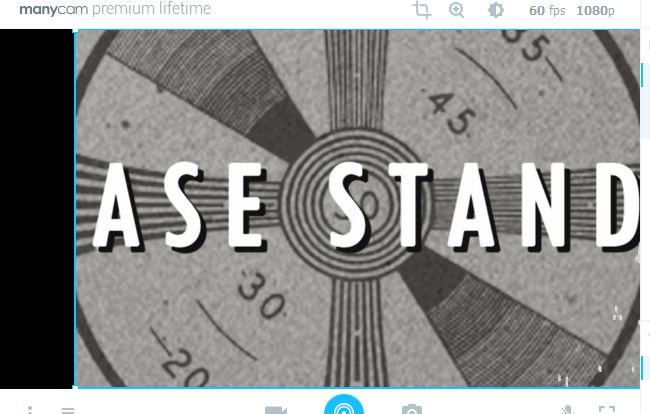 Is this by design? Is there a setting I can change to have it behave the way it did before?

I actually also desperately want this feature back as well. Perhaps as an option that can be toggled on or off?

After zooming, in order to move the zoomed area within a layer , drag it with your mouse while holding down the [Ctrl ] key (Windows) or the [Cmd] key (macOS).

Perfect! Thanks so much!